I loooved Hollow Knight and I’ve been wanting to do this piece since I played it last year. Thought about setting it in the dreamscape (or whatever it’s called) because it looks so cool or in the Colosseum because I thought it’d be cool to have Mario fight HK with all the bug people cheering in the background. Ultimately though, I realized Hollow Knight was about cramped, dingy places so I went with the Infected Crossroads which I felt was more fitting to the character.

This was one of the more time-consuming fights in a bit but I like how it turned out. 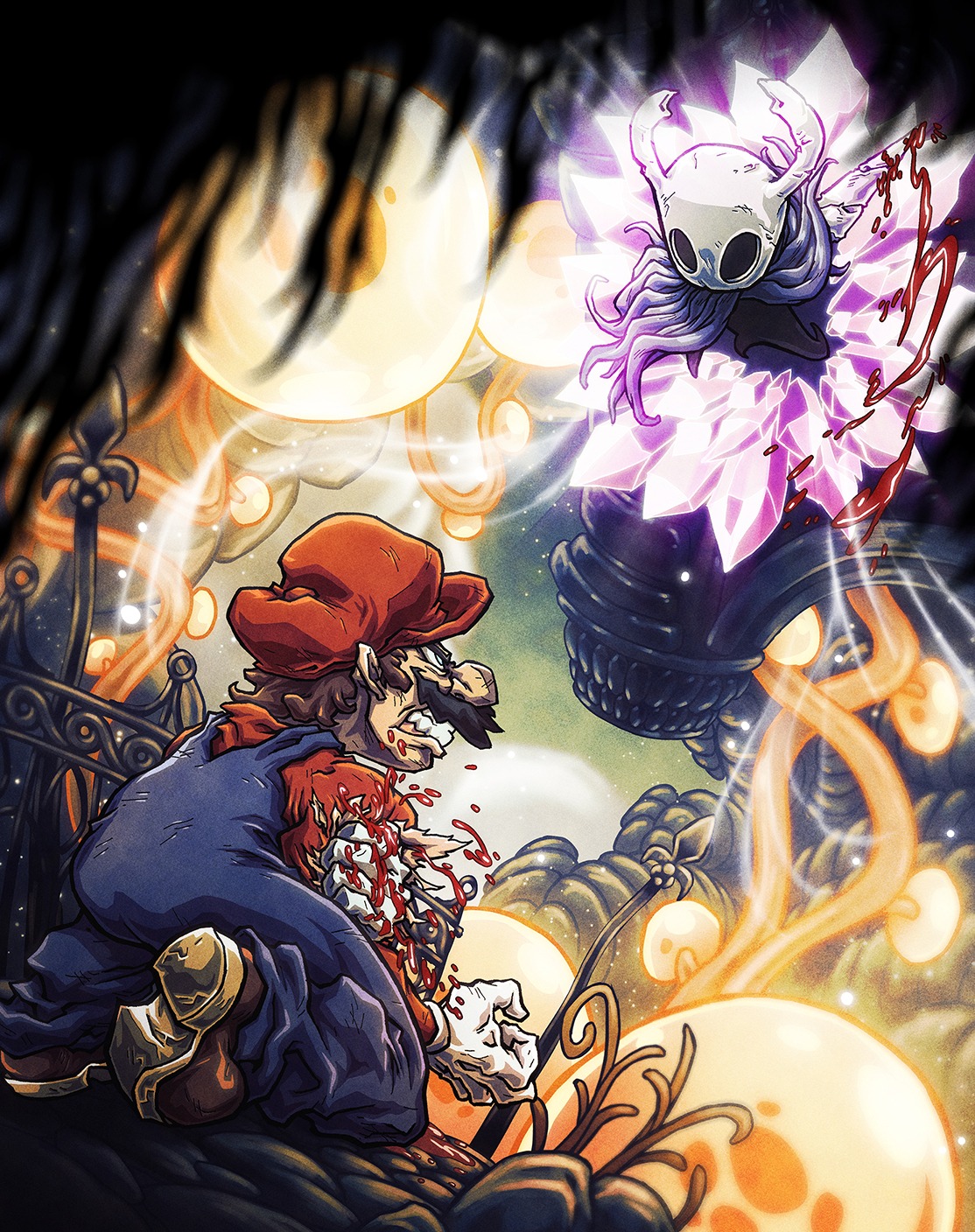